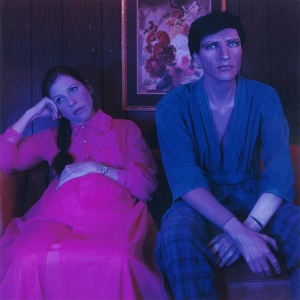 I came across Suzanne Heintz work recently and fell in love straight away. Having been single for almost a year (eek!), you do start to feel a bit like a freak.

Being 30 and single whilst you watch all your friends and family get married, breed and facebook about their fantastic life, you do get a bit bitter and twisted. Don’t get me wrong, I’m not desperate to be in a relationship with just anyone and knock out a few screaming balls of shitting machines just to make the grade of “socially normal”, more that it would it be nice to be with someone who likes what I like, doesn’t treat me like shit and saves me from having to go to Dunelm in Croydon alone on a Bank Holiday Monday or do a puzzle whilst sat in my pjs with a cat that will ultimately shart on your hand because she got too excited at having her belly rubbed (and that’s a whole other story!).

I also do feel a bit sub normal being this old and single. I start panicking that I’m not making an effort and my permanent scowl and sarcastic tone is what’s stopping me from finding the holy grail of NORMAL. I’ve accepted that I’m unlikely to ever get married (not that I ever wanted to – I just want the presents) although the Mothership still tries her best by declaring “You still could! It could still happen!” whenever I mention it. I just thank the baby Jebus that I have an older sister who produced two small (awesome) people and is getting hitched soon, to save me from the inevitable parent guilt.

Heintz sums it up better than me;

Well meaning strangers, along with friends and family, would raise an eyebrow when the topic of my unmarried and childless status arose. Indicating with a small facial twitch, not only my audacious freakishness, but that I was a little old for such foolish thinking. I mean, come on, eggs don’t last forever!

She had the same issues as I do, old, unmarried, childless and on the shelf – the ultimate sin! But she did something about it, she brought her family and made the photo album that makes you “normal”. Maybe I’ll take a leaf out of her book but instead of mannequins I’ll have a family of cats and make that the new “normal.